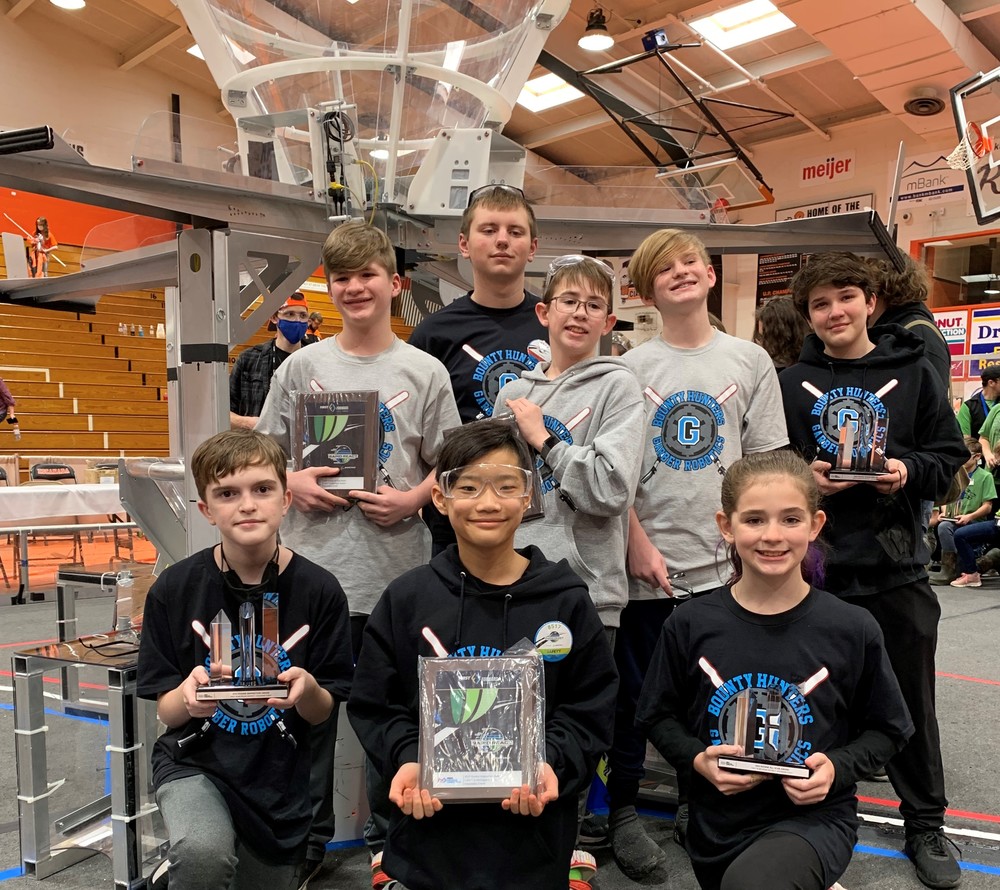 This past weekend the E-Ville Bounty Hunters (Cramer's Robotics Team) competed against 39 varsity robotics teams in their division at the State Robotics Competition at SVSU. There were a total of 160 teams in the competition and only 4 of them were rookie teams with Cramer's E-Ville Bounty Hunters being the only junior high school team there. The E-Ville Bounty Hunters won two awards at the competition: the "Highest Rookie Seed Award" and the "Rookie Inspiration Award." As the judges said when they were presenting the inspiration award, "This young team inspired us with how they design and build together as a cohesive team. They've already started their outreach within their school. Happy HUNTING is definitely in this team's future." Congratulations to Carissa Rondeau, Trace Johnson, Avery Johnson, Liam Goulet, Macks Carley, Jonathon Burger, Eli Bebow, and Evan Badour for their outstanding performance. The E-Ville Bounty Hunters want to wish the E-Ville Empire (Garber's high school team) the best of luck this week as they travel to Houston, Texas, to compete in the World Robotics Competition!